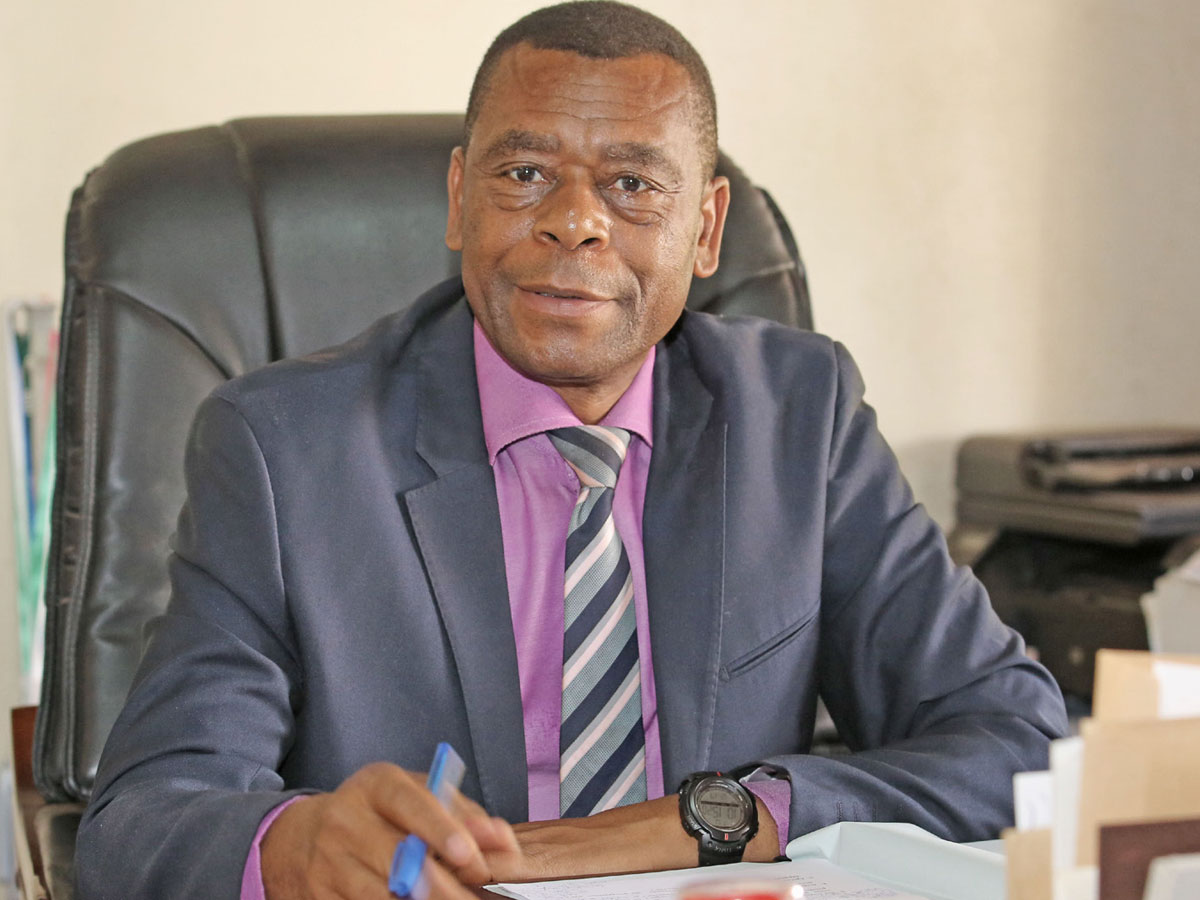 The national coordinator of the Agro poles programme outlines the programme’s GDP contribution in the structural transformation of Cameroon.

How is the Agropoles programme fairing today ?

When I am asked the question on the health state of the Agro poles programme, I am fond of saying that it is one of the very few programmes financed exclusively by the public investment Budget (PIB) of the Republic of Cameroon. In other words, in spite of the difficult situation our public finances is facing due to the multifaceted soliciting that we are all witnessing, the programme which some were quick at condemning is fairing well.

We went through turbulent waters for some time, notably in terms of supporting our agricultural partners in financing investments. I think that the current hierarchy of MINEPAT gave a new impetus to the programme, with the recent payment of the cumulated debt to the tune of CFA Francs one billion. I do not like talking much about functioning, for as in all public administrations, it is regularly ensured, contracts have been issued to the staff which is regularly affiliated to the NSIF where contributions are also regularly paid in.

Seven years after the launching of this programme, what balance sheet can you give about it ?

‘‘Ego is hateful’’. That is why the question should be asked to the direct beneficiaries who are farmers. The observation of market behaviour is an element that can be used as an indicator. Within a context of agricultural labour force scarcity and the significant ageing of farmers, as well as farms, the Agro poles programme was designed to contribute in bridging the gap between demand and supply of agro-pastoral products.

This programme is far from being an isolated tool. As such, it strengthens sector-based actions, which are at the basis of feasibility studies of farmers’ organizations requesting for support. The best balance sheet can be appraised using some facts, notably at the level of mitigating some disruptions. In the fishing sector, for example, the Cabinet Meeting held in February 2019 revealed that thanks to the Agropoles programme, the country has since 2017, been able to reduce fish imports by CFA Francs 52 billion. Despite the outbreak of a bird flu epizootic in 2016, chicken is back on the market at the same price as before. A chicken weighing 1.5 kg is sold at approximately CFA Francs 2500. Table eggs are resold at the price level that prevailed before the epizootic, that is CFA Francs 1 350 per tray.

Cassava from Batouri is marketed in Yaounde and Douala and even beyond our borders; etc. Obviously, this is just as a result of the Agro poles programme. It would be worth underscoring that several investments have been made here and there, notably in terms of constructions and various forms of equipment and this is not work done by amateurs, but rather the fruits of men and women who have adopted agriculture as a way of making money.

What was the situation of production plants when you started coordinating the programme’s activities?

When we started managing the programme, there were very few cattle feed production plants in Yaounde. The few we met were mainly imported ones.

Are these plans still buying their product abroad today ?

To date, there is a crusher/mixer of one ton per hour that can be manufactured in Yaounde at the cost of less than CFA Francs 4 million, whereas workshops to produce them are widespread. Extruders to manufacture floating fish feed was a dream. Currently, importers of the said equipment can be seen parading the streets of Yaounde and Douala. The very first castrator for manufacturing quality maize seedlings is available in Cameroon. Thanks to the Agro poles programme, 68 tractor kits were distributed and enabled a significant maize, pineapple and Irish potato production. The only Irish potato agro pole of the West Region has production capacity of about 80 000 tons.

What about white pepper ?

White pepper, though having received other forms of support, benefitted from the Agropole programme’s adequate communication to the point of becoming a niche. Moreover, it would be worth pointing out that the programme currently enabled the development of about 98 acres of crops whereas two special ‘‘Agro poles Shops’’ have opened their doors in Douala and Yaounde. Beyond marketing white pepper, they also display the ‘‘Made in Cameroon’’ label in terms of agri-food. The balance sheet can also be appraised in terms of jobs created: more than 25 000 cumulative seasonal and permanent jobs, about a hundred agricultural machine drivers and equipment (tractor drivers).

To date, agro poles employ design engineers, technicians and other senior managerial staff graduating out of our national training system. In other words, this means that we are not talking about precarious employment here, but rather and most often about decent jobs. The programme’s implementation has not been hitch-free. On the contrary, we needed at times to take difficiult decisions and this happened for three years running. But, the programme is now fairing well, it is operational across the entire national territory, though with obvious considerable groupings in two or three regions, which are either major consumption centres, or basins with abundant and generous labour force.

The programme should also reduce production deficits in the agricultural sector and therefore limit the import of some foodstuffs. Can we assert here that this objective has been achieved?

I will answer by saying yes without hesitating and not by no and especially not no. No because over a seven-year period in agriculture and agro-industry that we are targeting, this period does not even represent time for designing, search for financing and achieving promising investments. Time at the agro poles programme is not synonymous to balance sheet. The pear plantations being set up in the Noun and Bamboutos Divisions since 2016, have just started bearing fruits. The hatcheries envisaged for table eggs at Nkongni at Babete are being set up; construction of stables for cattle fattening in the Mayo Banyo and Mbere Divisions are not yet completed; such is the case with processing plants of pineapple into juice and jam.

Now, by answering in the affirmative, I am basing myself on the fact that the actions of the programme enable, beyond limiting imports, to search for increasingly far markets. The soja oilmeal from SOPROICAM enabled us not only to maintain the unit price of chicken at CFA Francs 2 500, but also contribute to fragilize the oligopoly of some unscrupulous importers.

The latter have already raised this stockbreeding input to CFA Francs 24 000 per bag of 50 kg, a bag which is today sold at between CFA Francs 16 000 and 18 000. It should also be underscored that the SOPROICAM industrialist is no longer importing the soja beans it is processing. The significant availability of maize on the market has led to a decrease in maize imports, thereby providing jobs to thousands of families, etc. Irish potatoes, white pepper and eggs enable us to get the badly needed hard currency by the country to balance its trade deficit.

We talked earlier on about table fish, for which the mastery of production techniques and feed manufacturing will step up production. It is however worth mentioning that the programme provides support to meet the needs expressed by agro-pastoral entrepreneurs within the framework of a public-private partnership; it is not self-producing. We have seen success-stories on the field, such as the Kekem processing plant or even the soja project in the northern region. What level of satisfaction can be derived from these initiatives?

I do derive the satisfaction of a job well done. When the Cameroonian diaspora encourage me and my team on the internet website, when the Minister grants us CFA Francs one billion during the year to enable us to go forward, when the programme coordinator receives the nation’s recognition through honorary distinctions, I humbly think that there is reason to be proud of what one is doing, even if we however believe that the programme could do better during this period. This is clarion call for more involvement in the projects entrusted to us. I think that at the end of the programme implementation, I will be able to reimburse the debt contracted vis-à-vis public authorities, which financed my lengthy studies.

From all projects that benefitted from your support, can you tell the one whose implementation is a success story?

The Kekem cocoa processing project could be considered as a success model, in the same capacity as the soja project, depending on what promoter intend to do about it and the fate unfortunately reserved to its products on foreign markets. I am talking about a success model because beyond the meagre contribution of public authorities and in spite of the gloomy situation prevailing, we have successfully supported young promoters in negotiations to acquire bank financing. The soja project is already the country’s pride not only in the sector of oleaginous products, but also and especially stockbreeders, even though oilmeal only constitutes a by-product. Coffee, pineapples, pears and cassava have not yet reached processing stage in addressing our agricultural value chains. There is visible success and satisfaction, though it is not total. The best is yet to come.

What prospects do you have in mind for the Agro poles Programme?

An audit and evaluation mission of the programme is envisaged to bring in an external touch to its daily operation. This evaluation underpins a new start. For seven years, the programme has experienced a change of paradigm in its agricultural approach. It amassed good and less good lessons to be implemented in future, especially for positive ones. For less compliant ones, they need time to render them positive. The speeches from top hierarchy have remained constant in the approach chosen by the programme, notably intensify, develop medium and large scale farm concerns; further processing and packaging of agro-pastoral products.

Cattle fattening will contribute to the industrialization of the sector as planned by the Minister in charge of livestock with the Ngaoundere Industrial Slaughterhouse. It will entail carrying out the same revolution in the fish sector as it is the case with chicken. Being able to insert local cereals and other starches in beer ingredients or production will constitute objectives to be achieved by the project team. These objectives are within reach. The hierarchy of the Ministry of Economy, which believes in achieving these objectives, has just decided to design a new project document for the programme.

The missions assigned to us within the framework of the Three-year Emergency Plan for Economic Growth Acceleration (PLANUT) or better still the strategic decision to open the very first inter-regional unit of the programme to achieve better coverage of the territory are some of the guarantees afforded. In a nutshell, the aim of the Agro poles programme was reaffirmed in the 2020-2030 National Development Strategy (NDS30) in terms developing agro-industries. The new project document of the Agro poles programme perfectly aligns with this vision, which has always been the programme’s primary mission, notably developing fields based on the agro-pastoral chains. This document is available since December 2020. We consider 2021 as a critical year during which, with support from hierarchy, we are going to seek financing for the programme’s implementation.